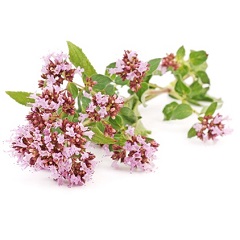 Use: Valerian is used as a herbal medicine to relief mild nervous tension and sleep disorders.

Valerian is a perennial flowering plant native to Europe and Asia. In the summer when the mature plant may have a height of 1.5 meters, it bears sweetly scented pink or white flowers that attract many fly species, especially hoverflies of the genus Eristalis. It is consumed as food by the larvae of some Lepidoptera (butterfly and moth) species, including the grey pug.
There is no scientific agreement as to the active constituents of valerian, and its activity may result from interactions among multiple constituents rather than any one compound or class of compounds. The content of volatile oils, including valerenic acids; the less volatile sesquiterpenes; or the valepotriates (esters of short-chain fatty acids) is sometimes used to standardize valerian extracts. As with most herbal preparations, many other compounds are also present.
Valerian has been used as a medicinal herb since at least the time of ancient Greece and Rome. Its therapeutic uses were described by Hippocrates, and in the 2nd century, Galen prescribed valerian for insomnia. In the 16th century, it was used to treat nervousness, trembling, headaches, and heart palpitations. In the mid-19th century, valerian was considered a stimulant that caused some of the same complaints it is thought to treat and was generally held in low esteem as a medicinal herb. During World War II, it was used in England to relieve the stress of air raids.
In addition to sleep disorders, valerian has been used for gastrointestinal spasms and distress, epileptic seizures, and attention deficit hyperactivity disorder (ADHD). However, scientific evidence is not sufficient to support the use of valerian for these conditions.
In manufacturing, the extracts and oil made from valerian are used as flavoring in foods and beverages.